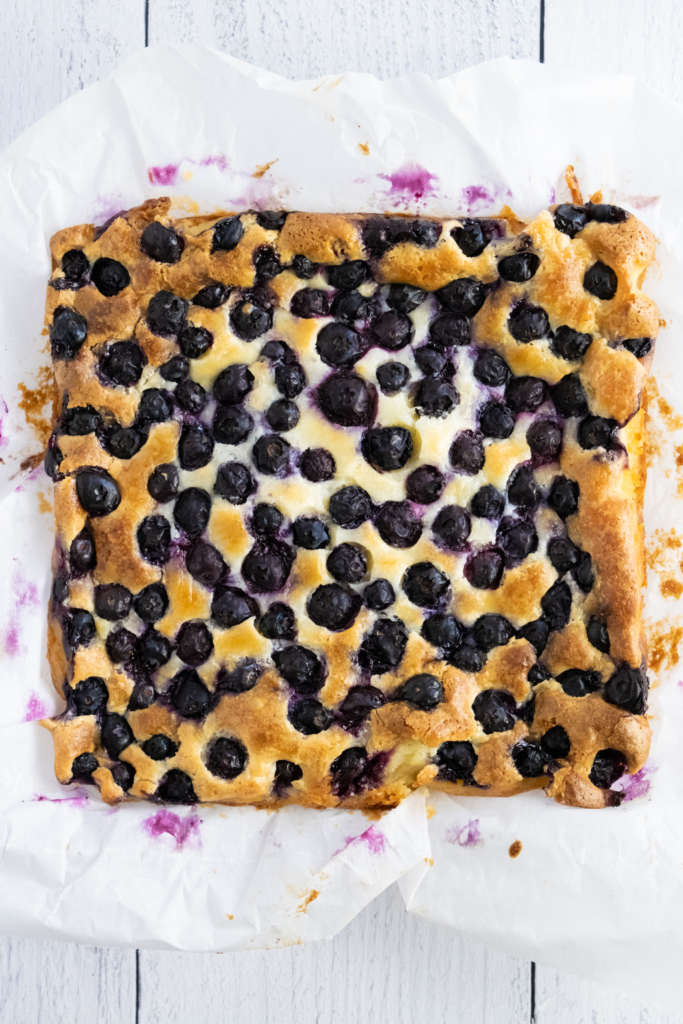 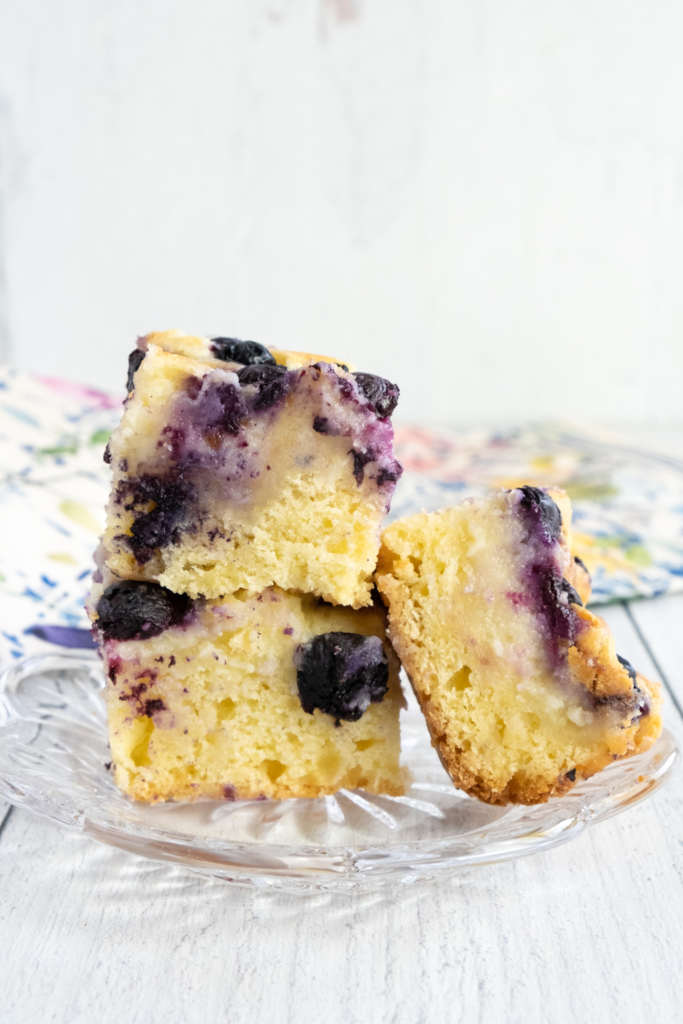 Chess squares are another version of chess pie, a classic dessert of the Southern US. Although I’ve lived here my whole life, I’d never actually made chess squares or even eaten them until some of the gas stations up and down Highway 65 started selling them. For a while there would always be a big stack of them at the checkout counter, the individual squares wrapped in plastic wrap. They came in dozens of flavors – since chess squares are usually based on cake mixes, the flavor variations are practically endless. This version of chess squares, however, is made completely from scratch!

Lemon Juice – Fresh lemon juice has the best flavor. One small lemon or half of a large lemon should be enough to provide the 2 tablespoons of juice.

Flour – Although the base layer is cake, I like for it to be a little dense. I used unbleached all-purpose flour.

Baking Soda – The baking soda will react with the lemon juice to give the cake layer a little bit of a rise, and will also create a more tender crumb.

Blueberries – I used fresh blueberries. Frozen blueberries should also work great in this recipe, but you might want to thaw them on some paper towels first. 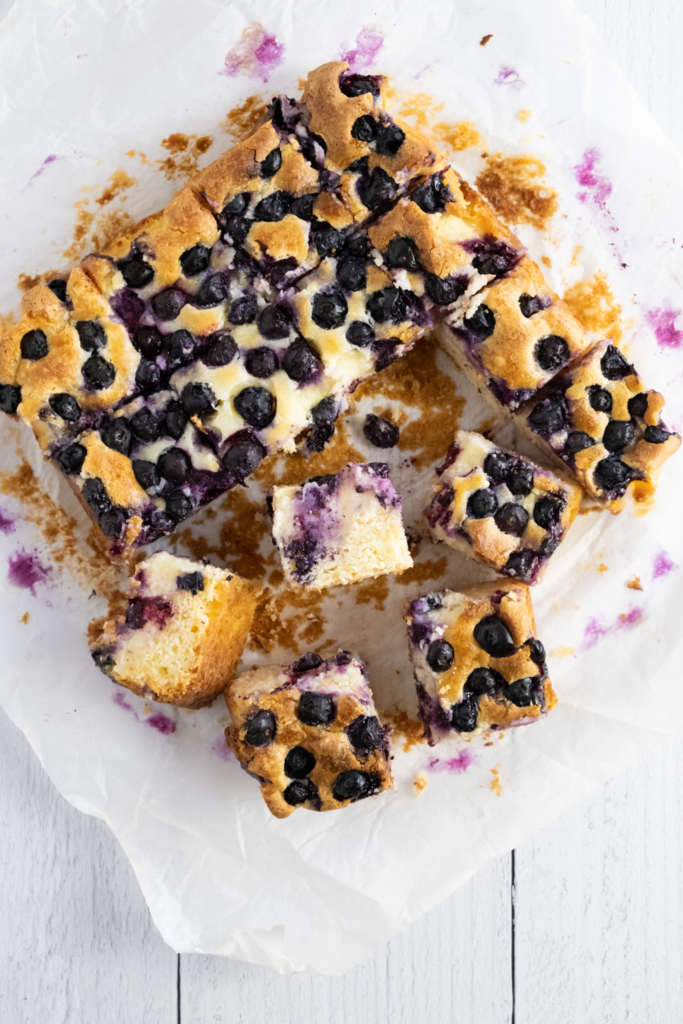 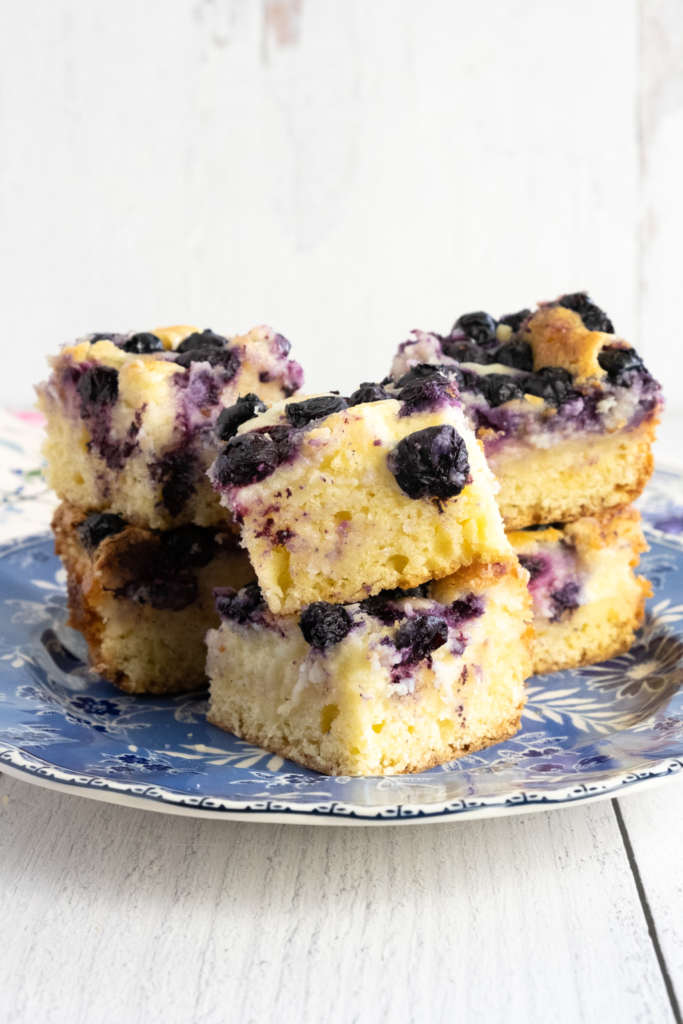 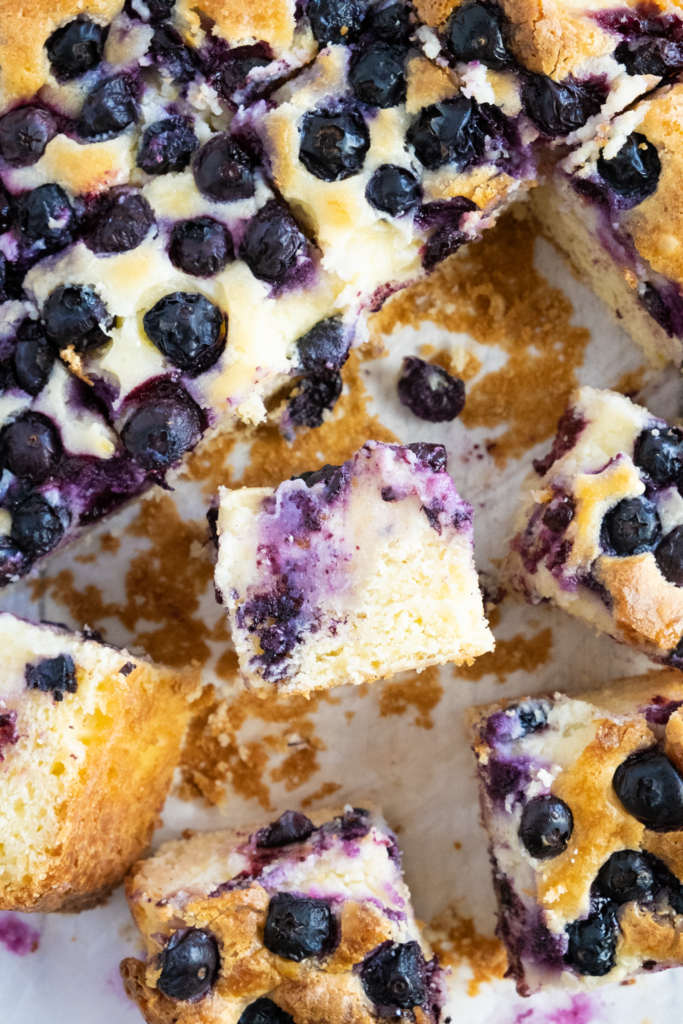 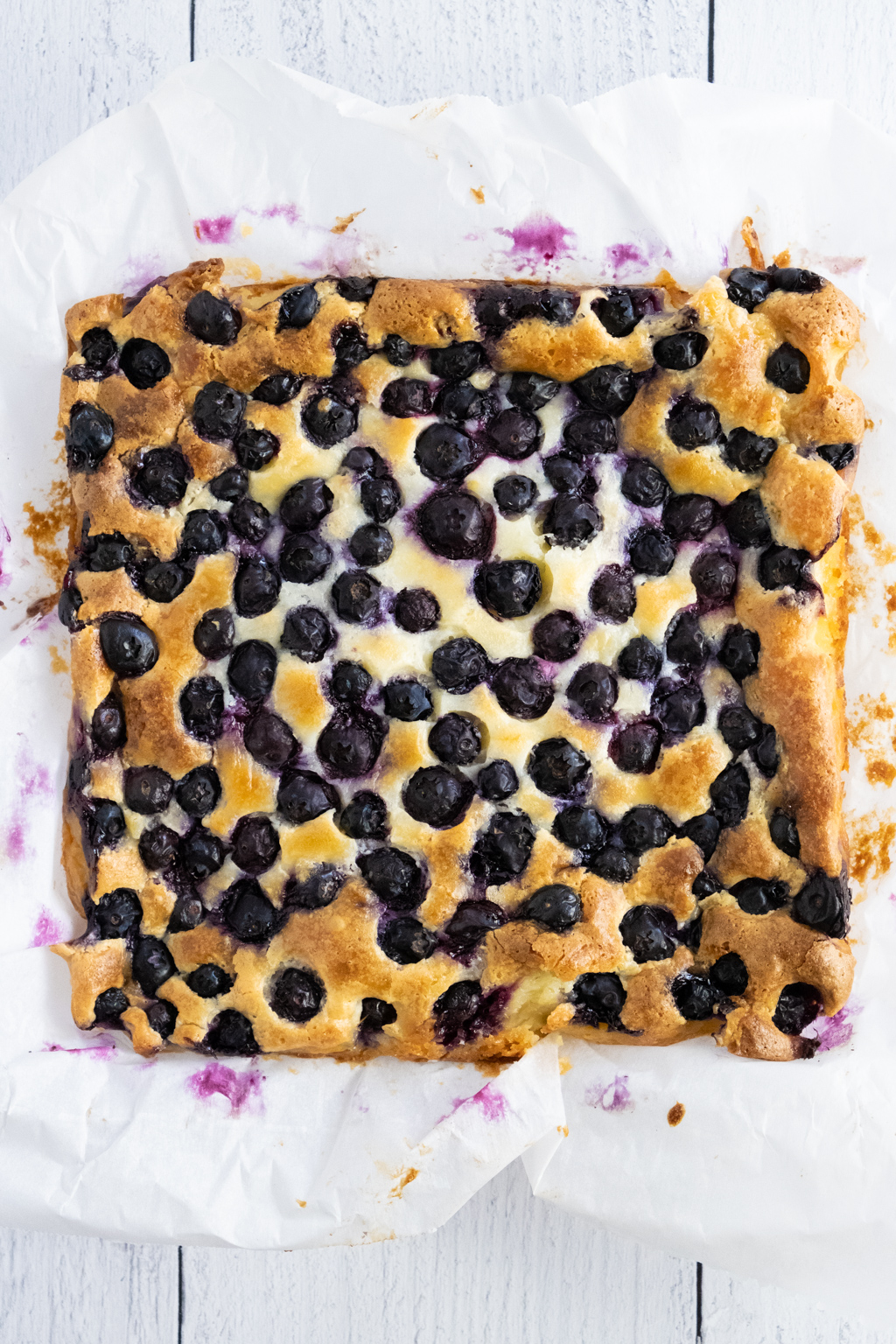 For the Cake Layer:

For the Cream Cheese Layer: