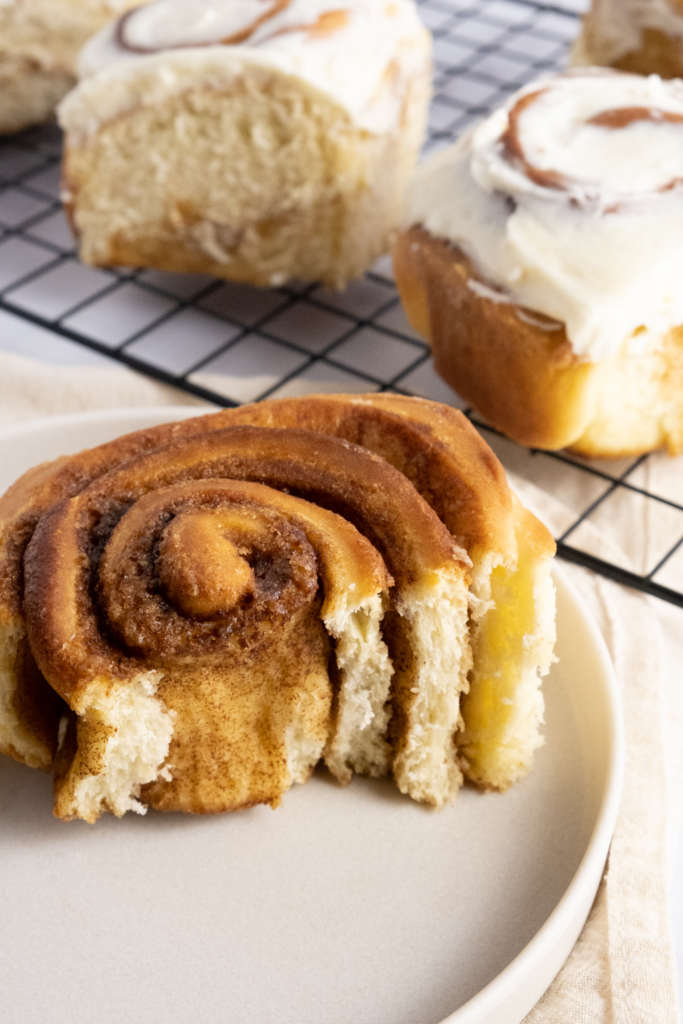 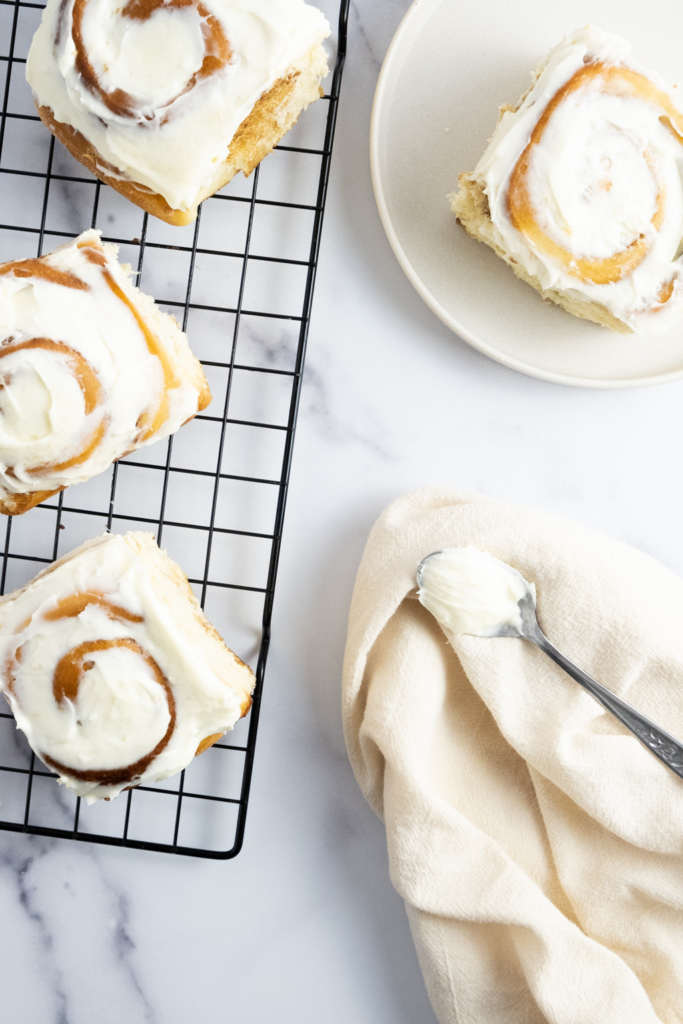 I am always trying to come up with desserts that have unique or interesting flavor combinations, but you really can’t go wrong with a simple, classic recipe. A plain cinnamon roll (or frosted, in this case,) will always be one of my favorite desserts.

Yeast – I used active dry yeast in this recipe. You need to dissolve active yeast in a liquid before adding it into a dough. This is why I mixed it into the milk first. If you are using instant yeast, you can add it into the dry ingredients.

Milk – This is a slightly enriched bread dough, so I used whole milk for more flavor.

Bread Flour – Bread flour has more protein, which helps the dough rise more and also helps to create a more bread-like texture. If you don’t have it, however, it’s fine to substitute all-purpose flour. 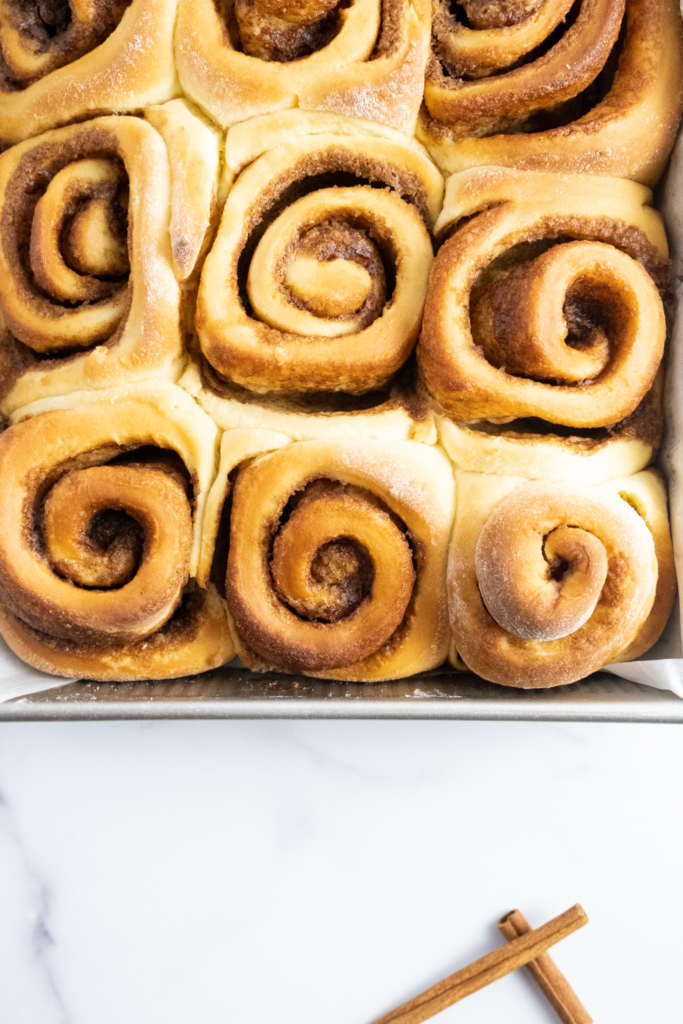 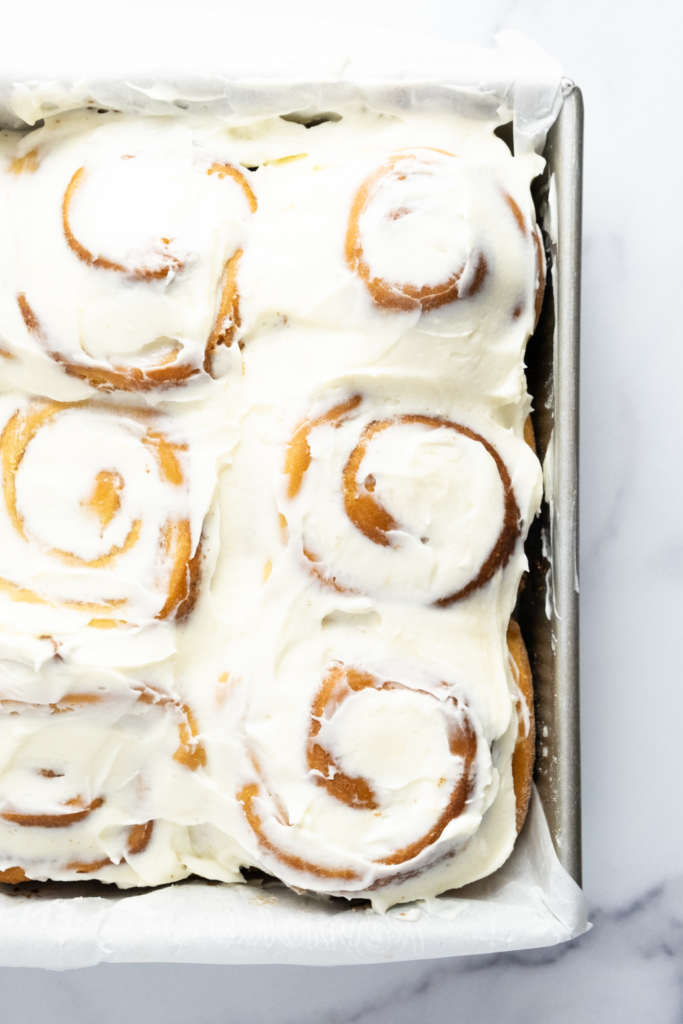 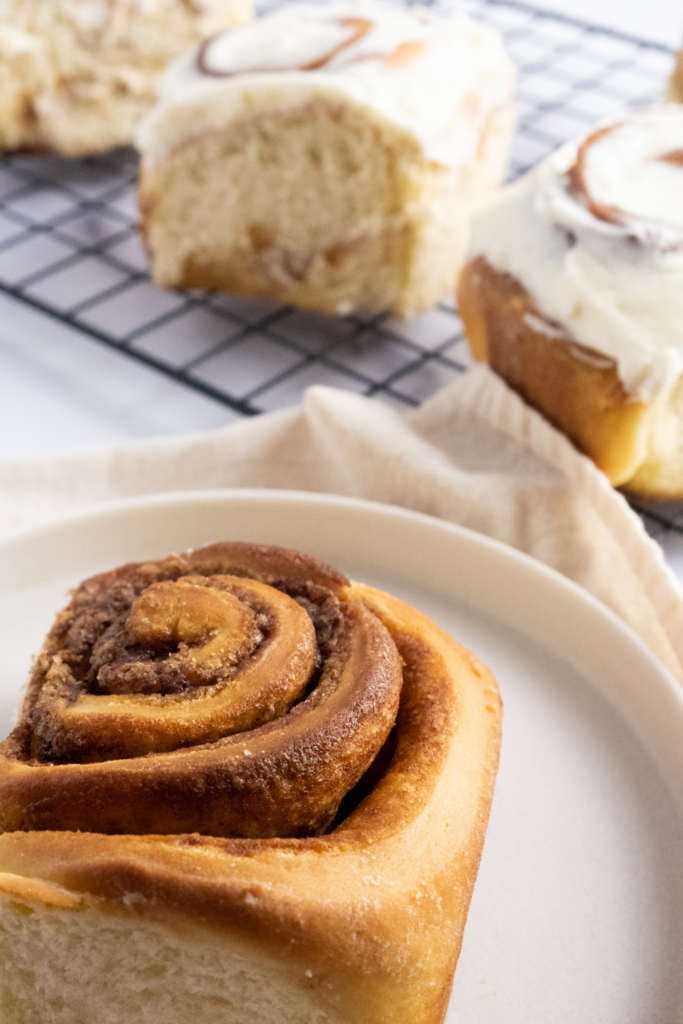 For the Bread Dough:

For the Cinnamon Filling

For the Cream Cheese Frosting