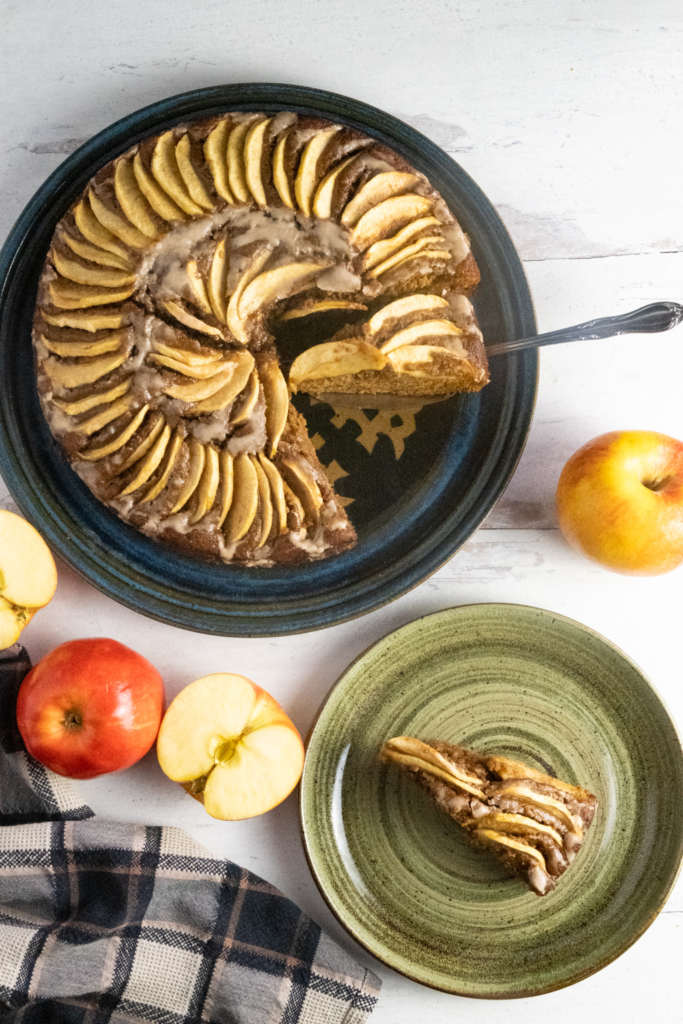 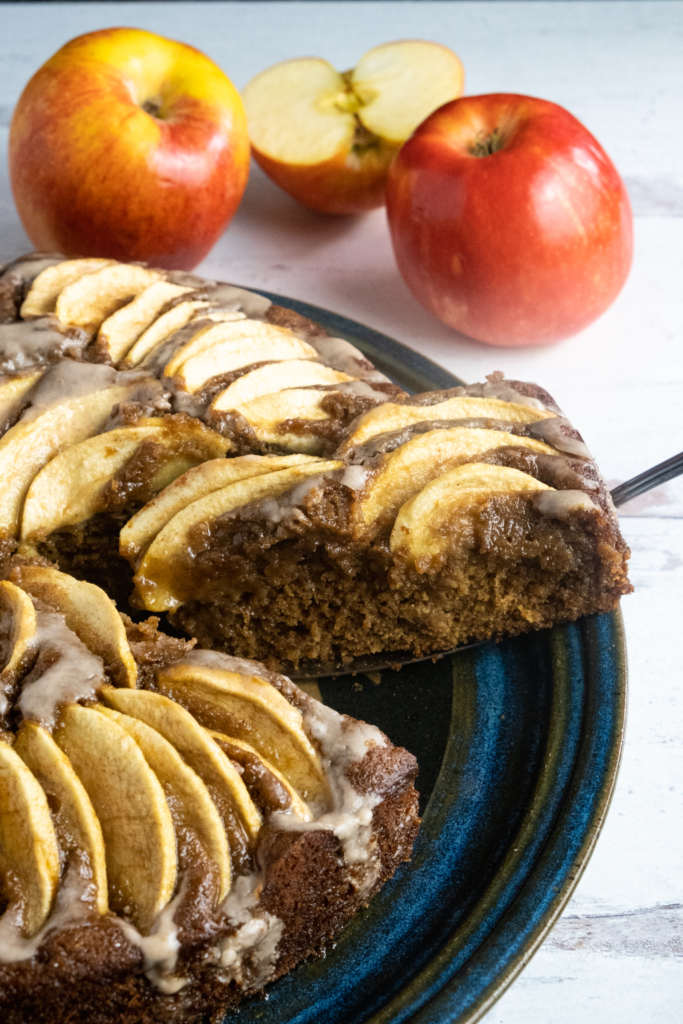 For this recipe, I partnered with Grain4Grain.

Today’s recipe is based on a German Versunkener Apfelkuchen, or sunken apple cake. These cakes are usually plain in flavor or very lightly spiced, but it’s fall, and I must have been in the mood for gingerbread, because I went all out with the spices in this adaptation! I made the Apfelkuchen using Grain4Grain’s spent grain flour, which is derived from barley. It has a dark, malty flavor that goes well with spice and apples and is perfect for fall baking. 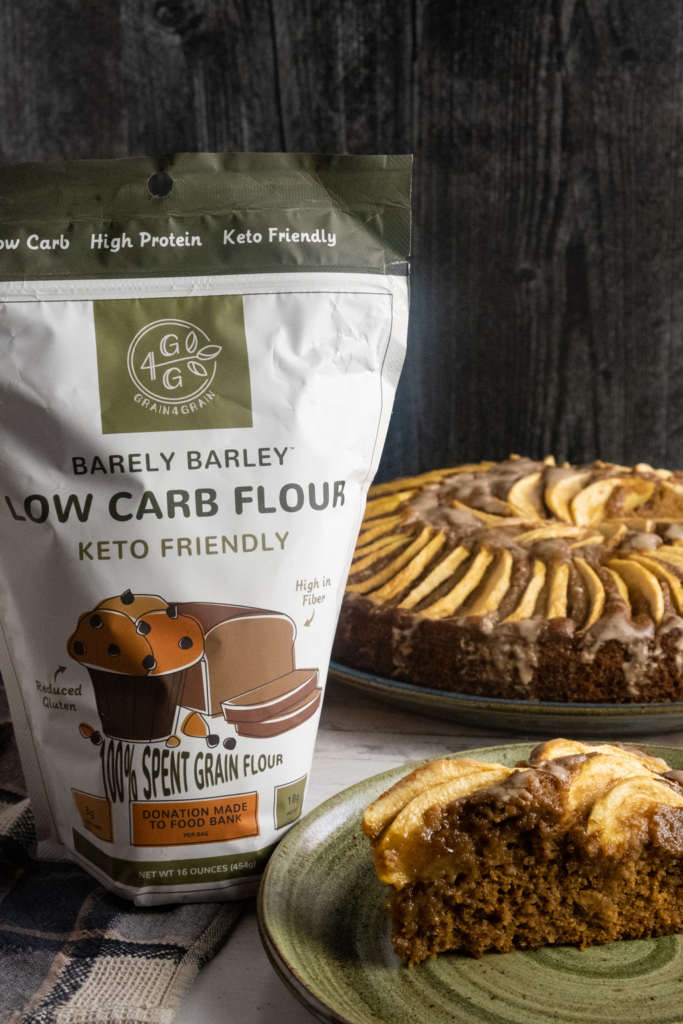 What is Spent Grain Flour?

Spent grain is what is leftover from the grain, usually barley, that is used in brewing. During a process called mashing, the grain is steeped in hot water, which removes the starches and breaks them down into sugars. What is left behind consists mostly of proteins and fibers, and is called spent grain. It contains no alcohol because it is removed before the fermentation process begins. Spent grain usually ends up in landfills, even though it is still usable, and in fact is full of nutrients. Grain4Grain takes the spent grain from microbreweries local to the San Antonio area and upcycles it into flour that you can use in your own kitchen.

For me, the most appealing thing about using spent grain flour is that it reduces food waste. Turning grain that still has nutrients into flour and keeping it out of landfills helps the environment and community. Grain4Grain also donates to local food banks for each pound of flour it sells. Spent grain flour is extremely low in carbohydrates, so it is a great option for people on low carb diets. It is also low in gluten (although not completely gluten free.) It is much higher in protein and fiber than refined wheat flour, so even using it to replace a small portion of the all-purpose flour in a recipe will add more nutrients to your baked goods.

Grain4Grain offers a virtual baking series that will teach you more ways to use spent grain flour in your baking. Here is the link: Beyond Barley Baking Class 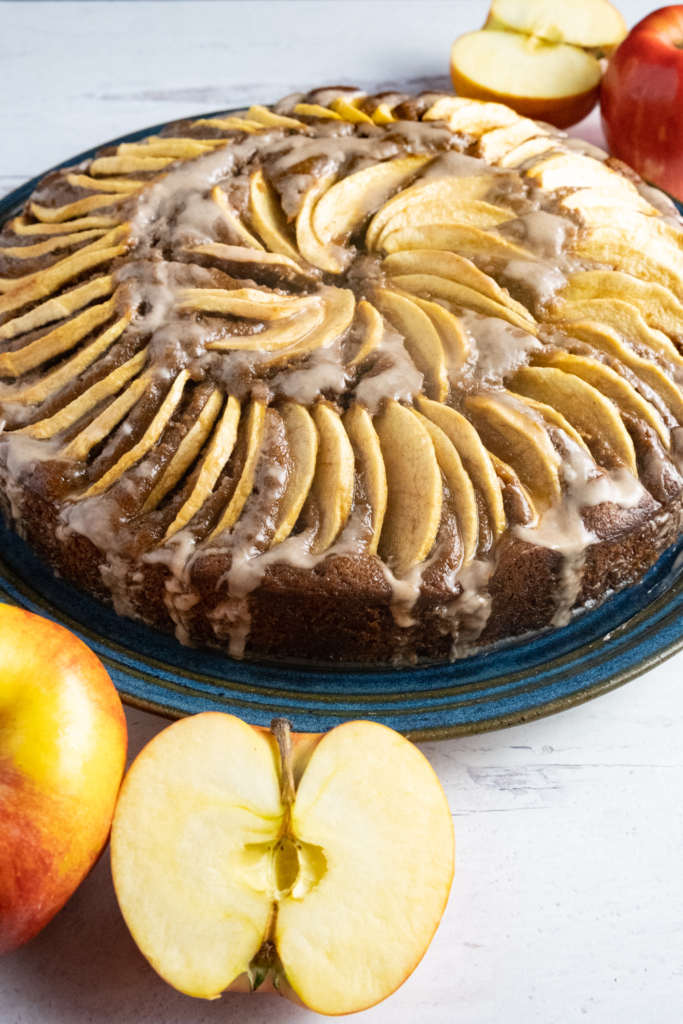 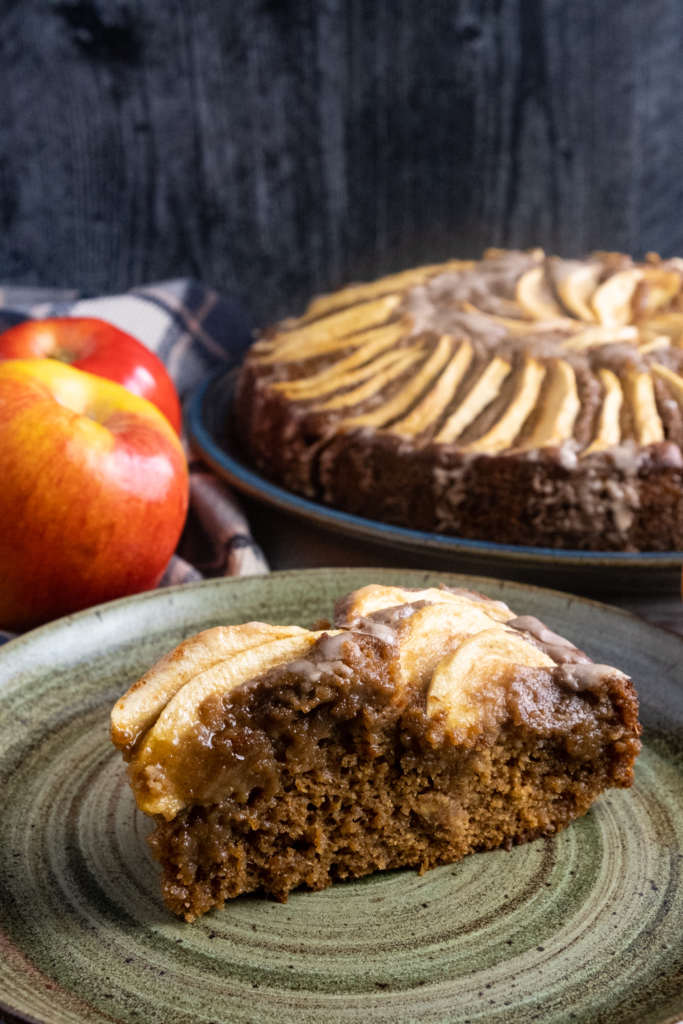 Spent Grain Flour – I used Grain4Grain’s Barely Barley flour, which is made of 100 % spent grain. It is available for purchase here: Barely Barley Flour or here on Amazon.

Nutmeg – I like the flavor of freshly grated nutmeg so much better than pre ground. It is easy to grate using a microplane, so that you get very fine shavings.

Apples – I recommend using apples that fall somewhere in the middle on the sweet vs tart axis. I tried it with Braeburn and Golden Delicious and liked the results both times. 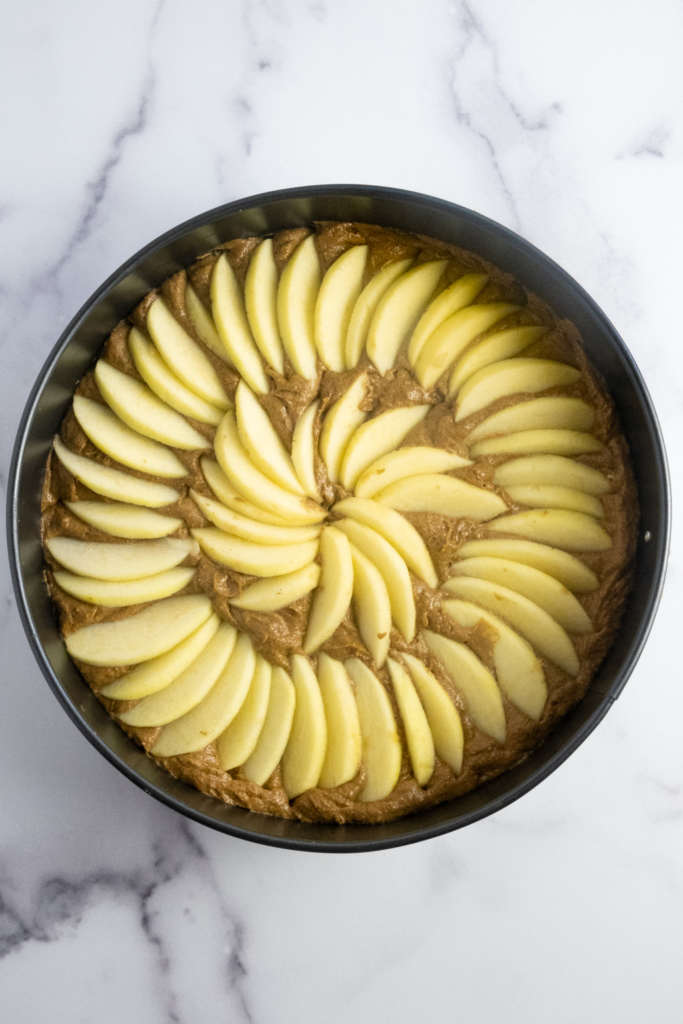 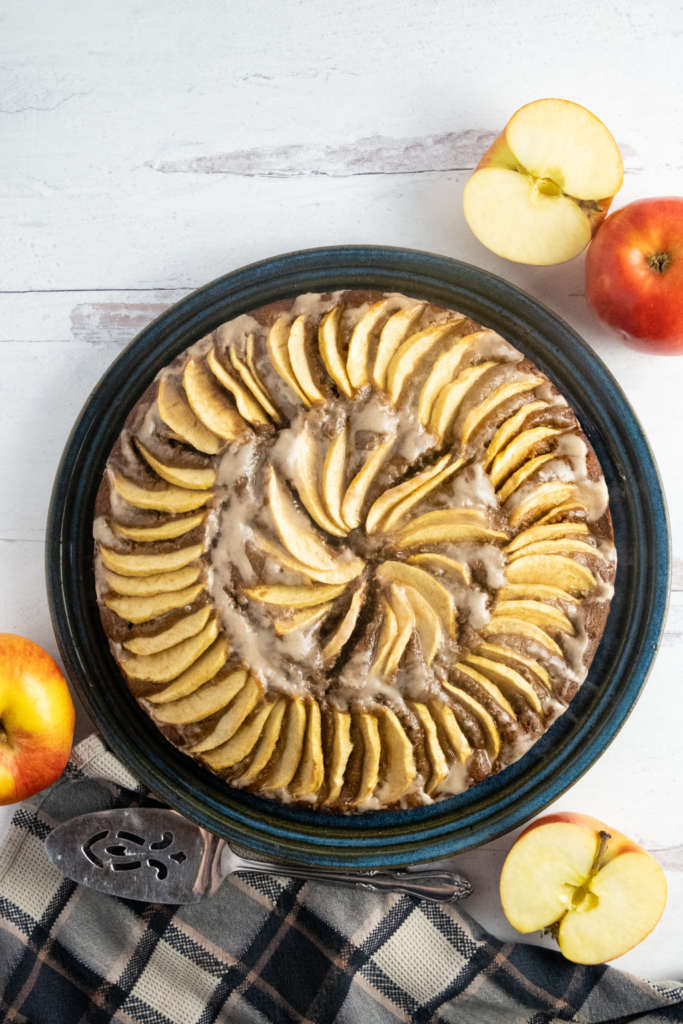 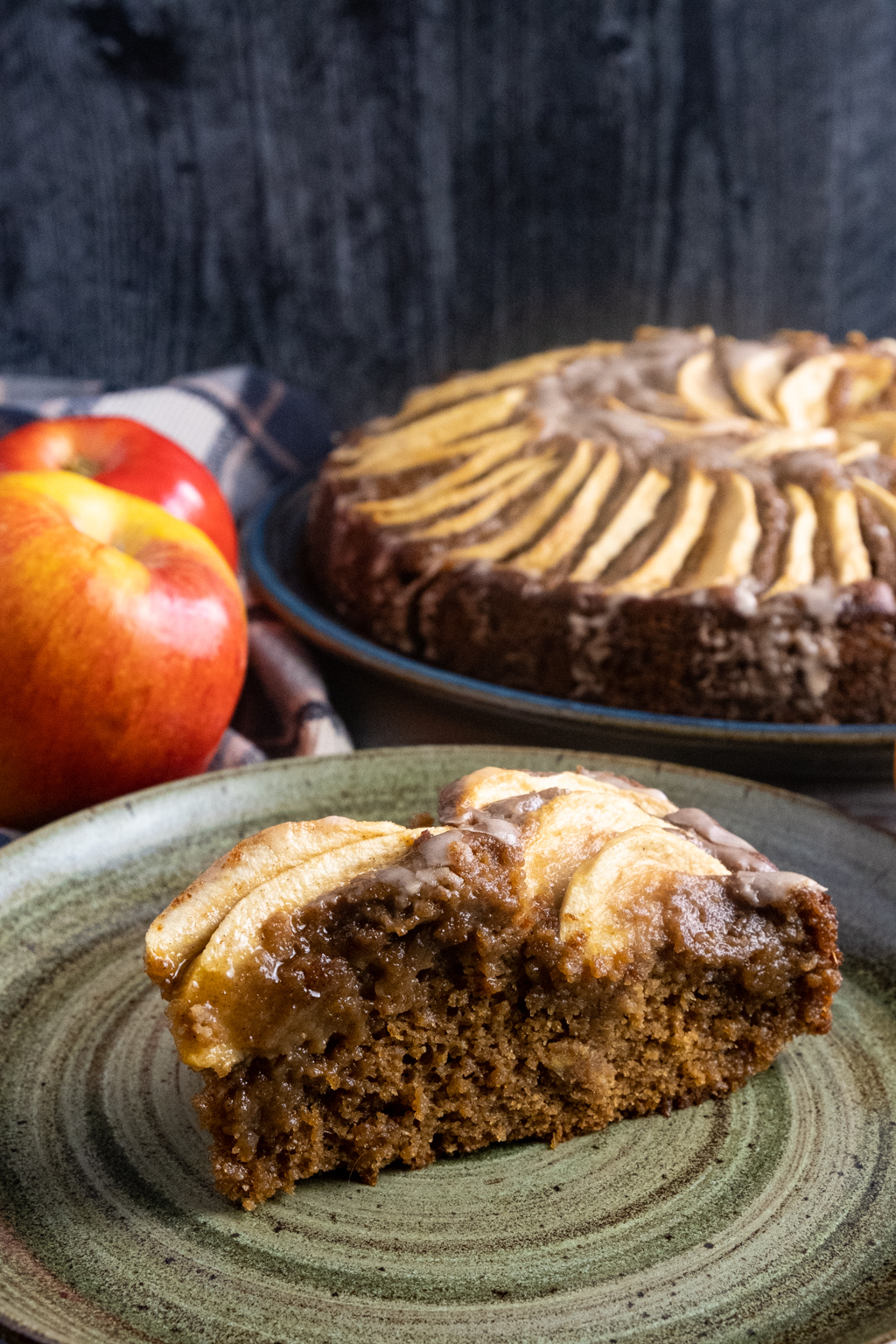