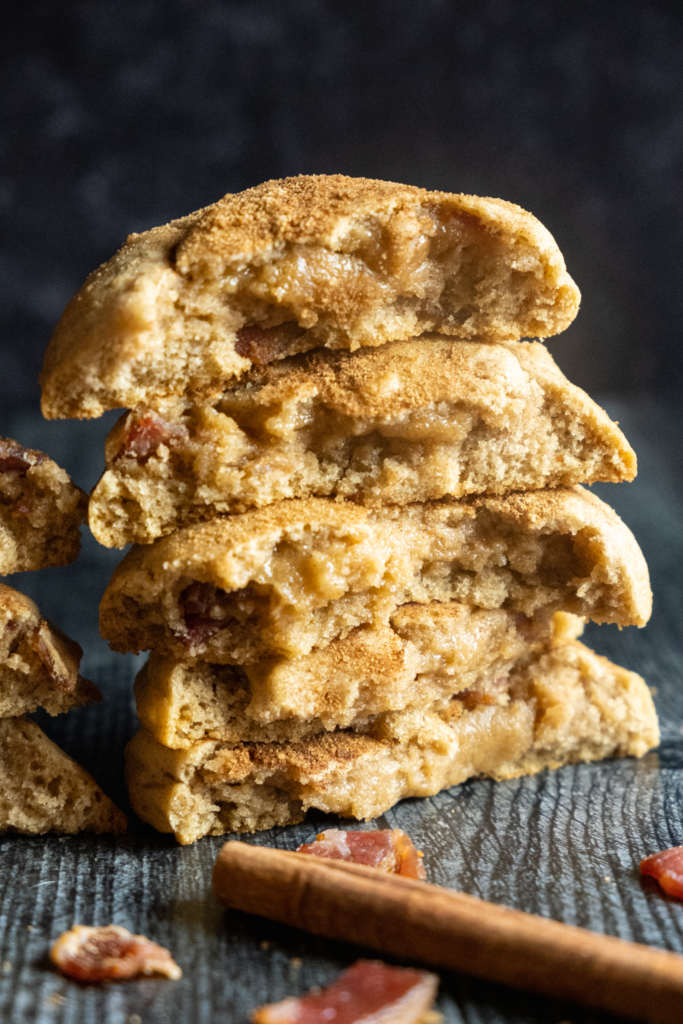 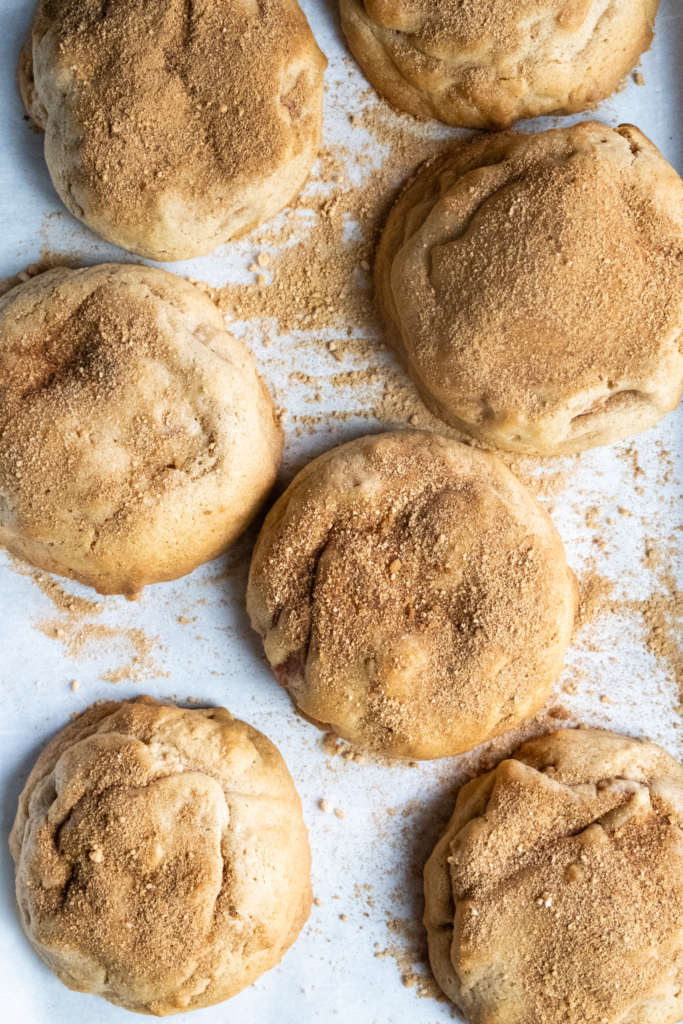 I have sadly never tried Levain Bakery cookies, but I’ve been seeing copycat recipes all over the internet for the past several years, and I finally decided to try making them myself. They are giant, soft cookies with gooey centers that are made with cold butter and more flour so that they do not spread out and get crispy while baking. These giant snickerdoodles are a seasonal fall twist on those cookies, with chopped bacon, maple sugar, and a cinnamon sugar topping.

Cold Butter – This recipe uses cold butter so that the cookies won’t spread much during baking. This also means that you won’t have to chill the cookies before you put them in the oven.

Maple Sugar – the maple sugar gives these cookies their maple flavor. Some brands of maple sugar have more maple flavor that others. I recommend using Shady Maple Farms maple sugar because it has the best flavor of any maple sugar I have tried. I can usually find it at Whole Foods or Sprouts.

Cream of Tartar – This ingredient is typically used in snickerdoodles. It adds a slightly acidic taste and also reacts with the baking soda to leaven the cookies and create a soft, chewy texture.

Maple Bacon – If you are using the bacon in this recipe, I highly recommend using maple flavor bacon. It just adds that extra layer of maple flavor. 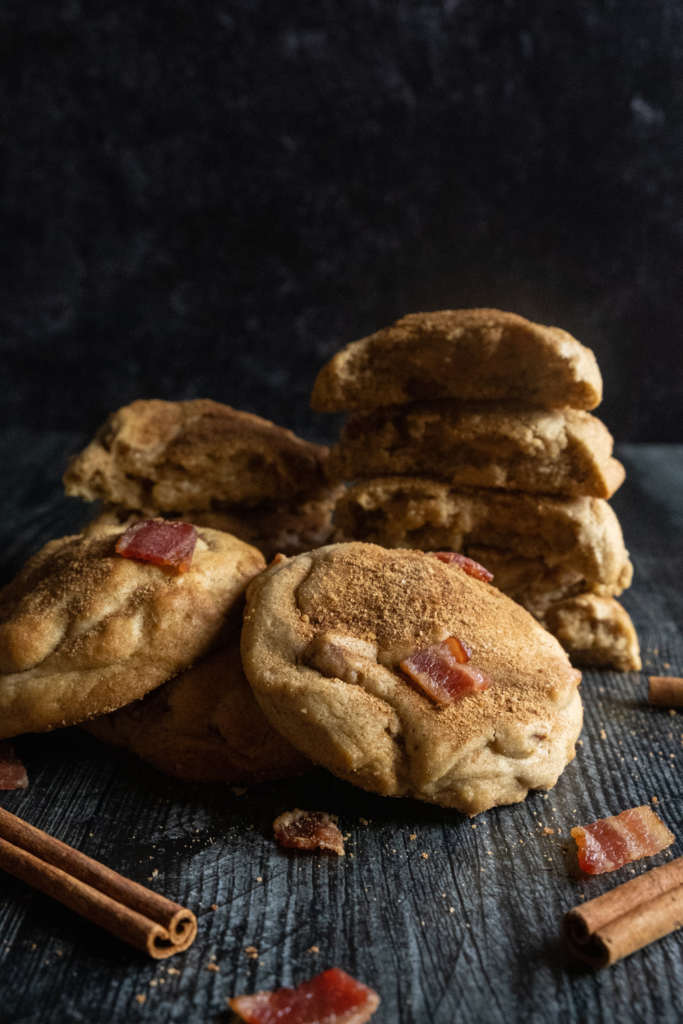 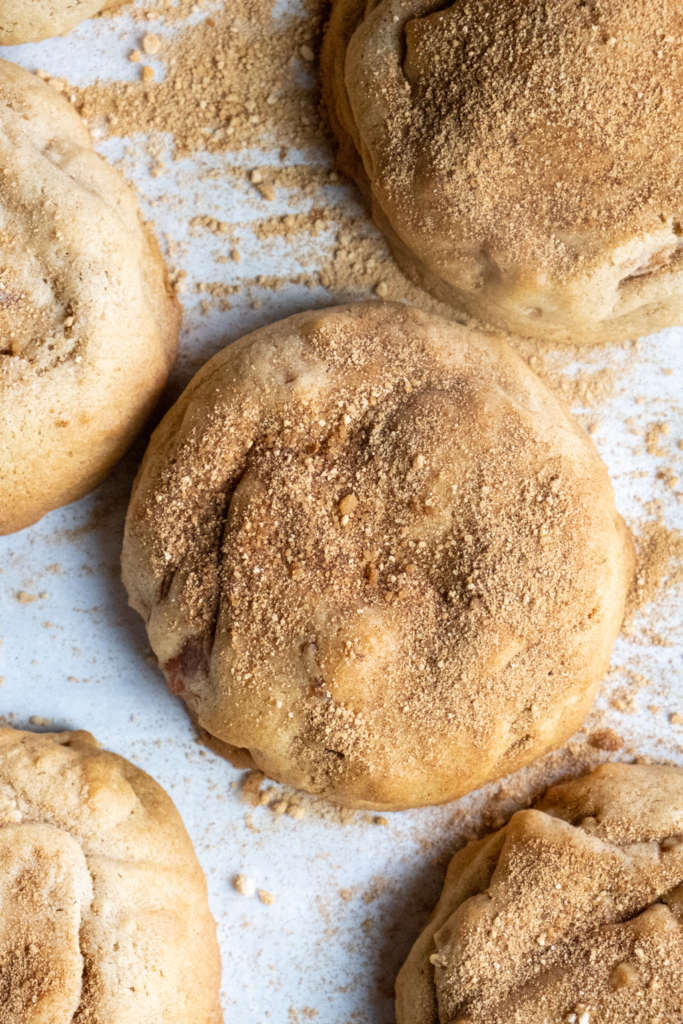 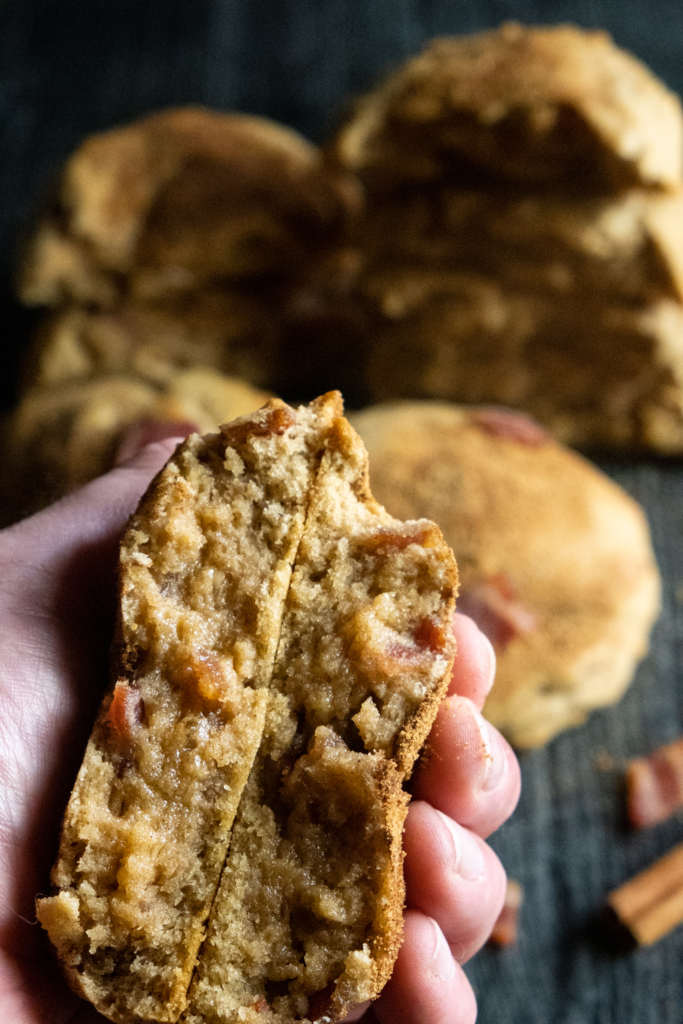 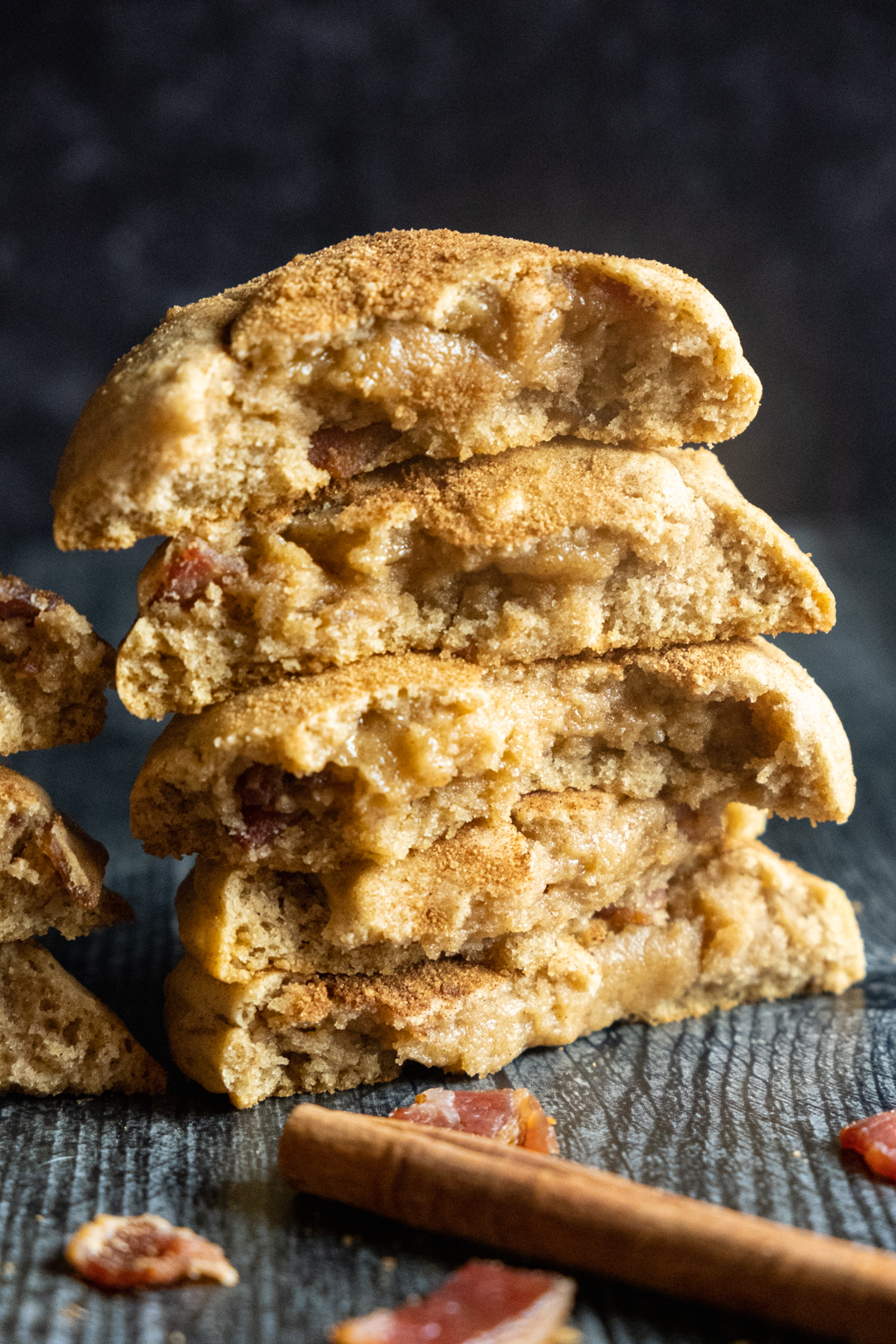